have moved our headquarter from:

to our new address:

The Vista building is built and owned by MK Group. 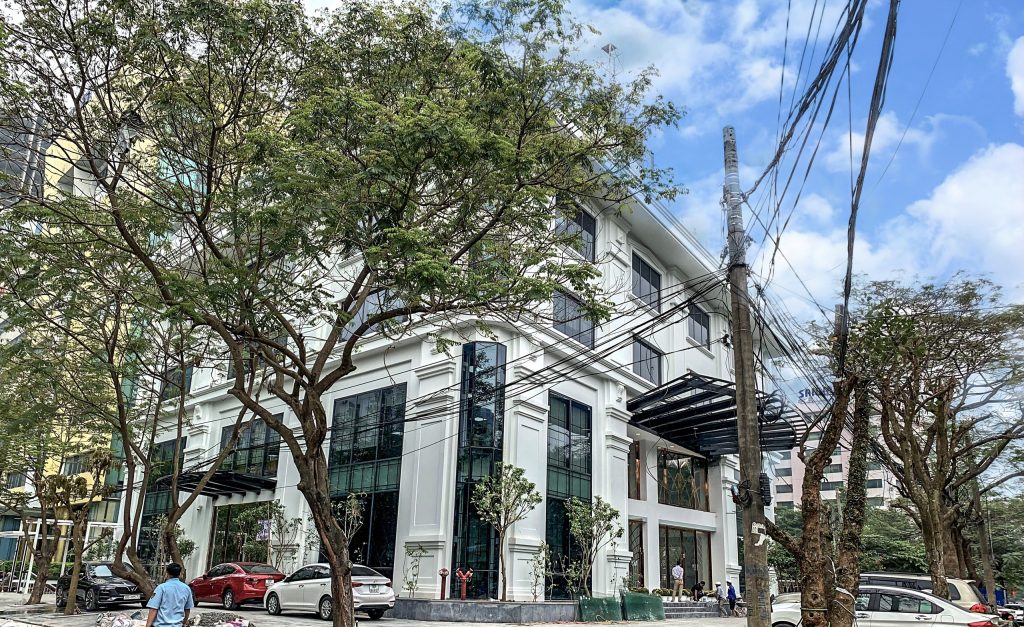 Thank you for your attention,

On the afternoon of September 6th , 2019, Vietnam Digital Awards for the second time in 2019 was taken place at Hanoi Opera House to honor organizations and individuals for their contribution to digital technology transformation to improve the customer experience, and economic development in Vietnam. 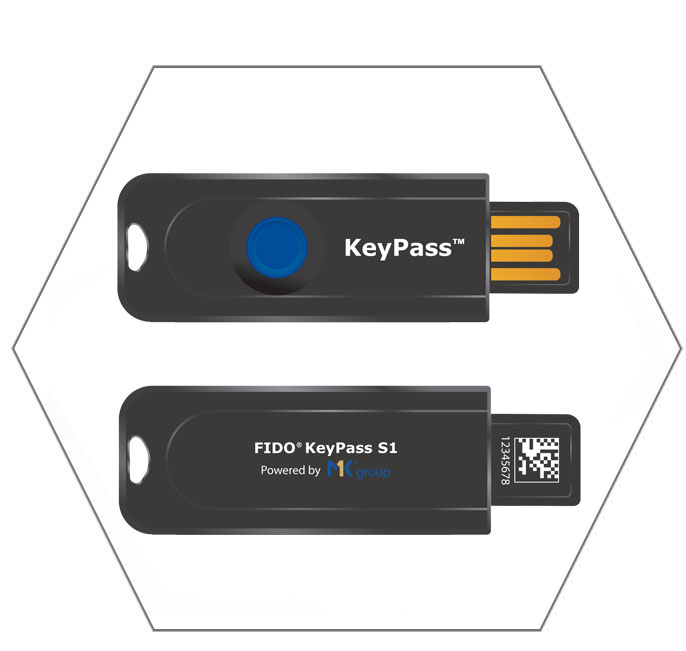 At the Vietnam Digital Award 2019, MK Group’s U2F Token security device named FIDO® KeyPass S1 has become one of the 50 typical IT products of Vietnam to be awarded.

To achieve the award, MK Group’s Keypass U2F Token must pass a variety of rigorous evaluation criteria for the features/ functions of products, services, solution, technology, security and product quality; The prominence of products and services compared to similar products on the market; New products and services have potential for application; Human resources, investment level for ICT; Process of management, administration, production and business; Evaluation of the efficiency of the conversion process according to revenue, market share as well as the prestige capacity of the unit, business owner…

FIDO® KeyPass S1 is proud to be the first device of Vietnam to achieve U2F (Universal Second Factor) certificate of the FIDO Alliance Authentication (FIDO Alliance) to allow network users (Internet, LAN, …) to make secure online services that support FIDO U2F without using any other software.

By using a second authentication factor in addition to the username and password, the device helps users remove phishing and prevent man-in-the-middle attacks with simple login steps, press and use. FIDO® KeyPass S1 supports on most operation systems and browsers, users only need a single U2F Token for any of services from Internet banking to Gmail, Facebook, Dropbox….

FIDO® KeyPass S1’s U2F Token has become one of the 50 IT products of Vietnam Digital Award 2019 to help confirm the leading position in security authentication and smart card of MK Group. Furthermore , we can prove our “Made in Vietnam” security authentication solutions which are capable of competing on quality and price with global companies by sophisticated products like Keypass U2F Token.

With the orientation to Smart Digital Security, MK Group is making an effort to improve the quality of security authentication products to supply the market in the near future.

“Financial instant issuance – How to revitalize your card program” workshop

Currently, one of the major concerns of various financial institutions is the emergence of new payment methods such as QR code, electronic wallet, online payment methods, etc. This has made a considerable impact on the loyalty of consumers with the payment cards. Although the need for bank cards remains, customers are taking on new payment methods quickly.

Facing this challenge, an important question posed to financial institutions is whether banks’ traditional card issuance practices help them to achieve their goals of “Engaging customers – Driving sales” anymore? Is it the high time for banks to switch to instant card issuance right after the customer’s need for a card arises? This can help to shorten the lead time and cross-sell financial products or actualize the co-branded card program between banks and businesses in just a matter of minutes. In addition, one of the challenges is the lack of practical implementation experiences and the role of suppliers in consulting, system integration, maintenance and technical support activities during the implementation phase.

In response to customer concerns, Entrust Datacard and MK Group team have figured out the key issues that issuers have to face up with. They include the selection of solution provider, compliance with security regulations, budget optimization and related maintenance services (*), in addition to the best practices with the aim of increasing the activation rate of payment cards, building loyalty amongst customers as well as “Revitalizing financial card program”.

At the event, visitors also had chance to experience the demonstration of CardWizard solution – the instant financial issuance software and Datacard® CE875 – the desktop card issuance system in order to have a better understanding about the flexibility, speed, and feasibility of the instant card issuance solution.

(*) Kindly refer “5 questions to consider about financial instant issuance” by Alyssa Arredondo – Marketing Director of Entrust Datacard to have a better understanding about the solution.

NEXT Biometrics (Oslo Bors: NEXT), a global leader in fingerprint sensor technology, today announced the company is joining with MK Group to launch an R&D program for biometric smart cards for banking and other applications. The program will integrate NEXT’s large-area fingerprint sensors into MK Group’s next generation smart card products. Vietnam-based MK Group is the leading provider of smart cards and digital security solutions for financial, telecommunication and retail enterprises in Vietnam and one of the largest in South East Asia.

“As the industry moves toward biometric solutions for card-based transactions, companies like MK Group are leading the way toward accelerating this trend,” said Alain Faburel, NEXT chief sales and marketing officer. “We’re very pleased to have our technology considered for MK Group’s future product lineup. This is yet another strong affirmation of the core advantages NEXT is bringing to the smart card segment with our large-area, flexible sensors.”

“As a leader in smart card technology, incorporating the security and convenience of biometrics in our products is a natural next step forward for MK Group,” said Nguyen Trong Khang, Chairman and CEO, MK Group. “We look forward to working with NEXT Biometrics on this project to share the benefits of advanced fingerprint sensor technology with our customers.”

About MK Group:
MK Group Joint Stock Company (MK Group) is a Vietnam based company that specializes in wide ranges of digital secure authentication solutions and smart card products. These include: Smart payments; identification and exchange data; digitized identification; transaction and communication; and secure data for identity, transactions and communication. MK Group has 19 years’ experience in serving finance – banking, governments, enterprises, transportation and telecom and ceaselessly invests in order to improve the quality of products and services. The company works closely with customers, partners and other stakeholders to successfully transform their businesses in the fast-changing world of technology.

About NEXT Biometrics:
NEXT provides advanced fingerprint sensor technology that delivers uncompromised security and accuracy for the best possible user experience in the smart card, government ID, access control and notebook markets. The company’s patented NEXT Active Thermal™ principle allows the development of large, high quality fingerprint sensors in both rigid and flexible formats. NEXT Biometrics Group ASA (www.nextbiometrics.com) is headquartered in Oslo, with sales, support and development operations in Seattle, Silicon Valley, Taipei, Prague, Bengaluru and Shanghai.

The event organized by the People’s Committee of Hà Nội, the Asian-Oceanian Computing Industry Organization (ASOCIO) and the Việt Nam Software and IT Services (Vinasa).

During the summit, delegates shared visions, strategies and experiences of smart urban building and collect opinions from managers and IT experts on smart urban management, planning and development based on new technologies such as the Internet of Things (IoT), Big Data, Artificial Intelligence and Augmented Reality (AR).

At the conference, MK Group had the booth with the aim of displaying and introducing solutions to help create smart cities in an effective and practical way.

The conference brought together over 600 delegates, who are leaders of central-level offices, Hanoi and other localities keen on building smart cities, associations, organizations and IT-related enterprises, together with nearly 70 foreign delegates from 20 nations and economies around the world.

Ha Noi, Da Nang City, HCM City and Can Tho City will be chosen to be the core of smart city networks in the northern, central, southern and Mekong Delta regions, respectively. Ha Noi is home to nearly eight million people, with an average density of more than 2,279 people per sq.km, even 42,000 people per sq.km in some districts.

The budget for implementing the program was lifted to 3 trillion VNĐ (more than US$127.7 million) from 1.25 trillion VNĐ, creating a foundation for Ha Noi to promote socio-economic development and become a smart city.