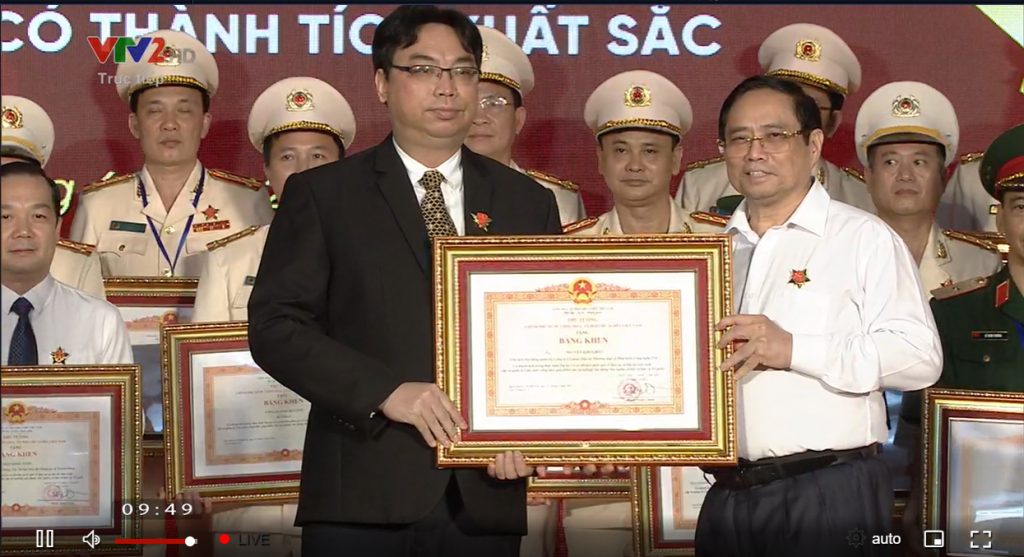 At the conference, on behalf of the Party and the Government, Prime Minister Pham Minh Chinh has praised the efforts of different departments of Ministry of Public Security, individuals and technology companies for successful deployment of these 02 projects.

Chairman of MK Group – Mr. Nguyen Trong Khang was honored to receive commendation from the Prime Minister for outstanding contribution for The project on production, issuance and management of Citizen Identity Cards.

Having fully understood the importance of the two major projects, Mr. Nguyen Trong Khang and his team at MK Group have actively utilized their knowledge and experiences, infrastructures, partnership,… to implement the project of producing and personalizing 50m Citizen’s Identity Cards. Notably, Mr. Nguyen Trong Khang also plays an important role of connecting with suppliers of machinery and materials for production and personalization of ID cards to ensure the project progress. Additionally, MK Group and MK Smart have also actively cooperated with the Police Department for Administrative Management of Social Order, the Ministry of Public Security and other members of the project to meet the project timelines.

The commendation from the Prime Minister is a timely recognition and encouragement for MK Group’s efforts in the implementation of The project on production, issuance and management of Citizen Identity Cards./.