MK Smart JSC – a member of MK Group, today announced that it has been granted certificate by UnionPay International, affective July 5th 2017, for manufacturing UnionPay financial cards. MK Smart was deeply honored to be one of two leading companies in Southeast Asia fully certified by Card Schemes (Visa, MasterCard, JCB, UnionPay) and GSMA. 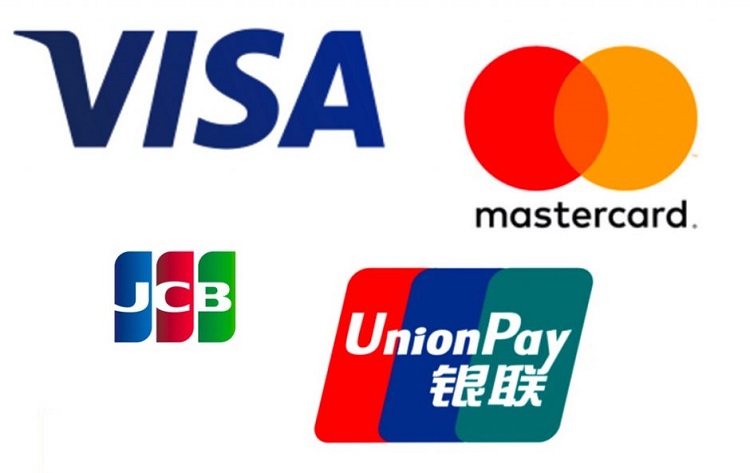 The reason that MK Smart granted this certificate due to the fact that MK Smart factory has years of experiences in manufacturing financial cards as well as it earned 03 certificates includes VISA, MasterCard and JCB, also MK Smart completely satisfies the stringent requirements of UPI for security and information technology infrastructure.

Currently, MK Smart factory in Quang Minh Industrial Zone Hanoi is equipped with advanced physical security system, including the security application with cutting-edge technologies, protecting securely clients’ data of financial institutions. On the other hand, the factory has a closed production process, from the stage of receiving information from client to finished product delivery. This process is closely monitored by qualified technical department with hi-tech infrastructure, ensuring efficiency and absolute security. So far, MK Smart is the only enterprise in Vietnam granted VISA, MasterCard, JCB and UPI certificates for financial card manufacturers and became one of the few enterprises in the World achieving this certificate.

“UPI certificate allows MK Smart to provide UnionPay cards for banks in Vietnam as well as all over the world with high quality, competitive price and fast delivery”, added Mr.Ha.

Fintech adoption surges — and not just among millennials

Adoption of financial technologies among consumers worldwide has surged in the past 18 months setting up fintech to enter the mainstream, according to the latest EY Fintech Adoption Index.

An average of approximately one-third of digitally active consumers in 20 markets polled for the study now use fintech, an EY press release said.

Emerging markets are driving much of this adoption, the study found. The average adoption among digitally active consumers in Brazil, China, India, Mexico and South Africa was 46 percent, according to EY. 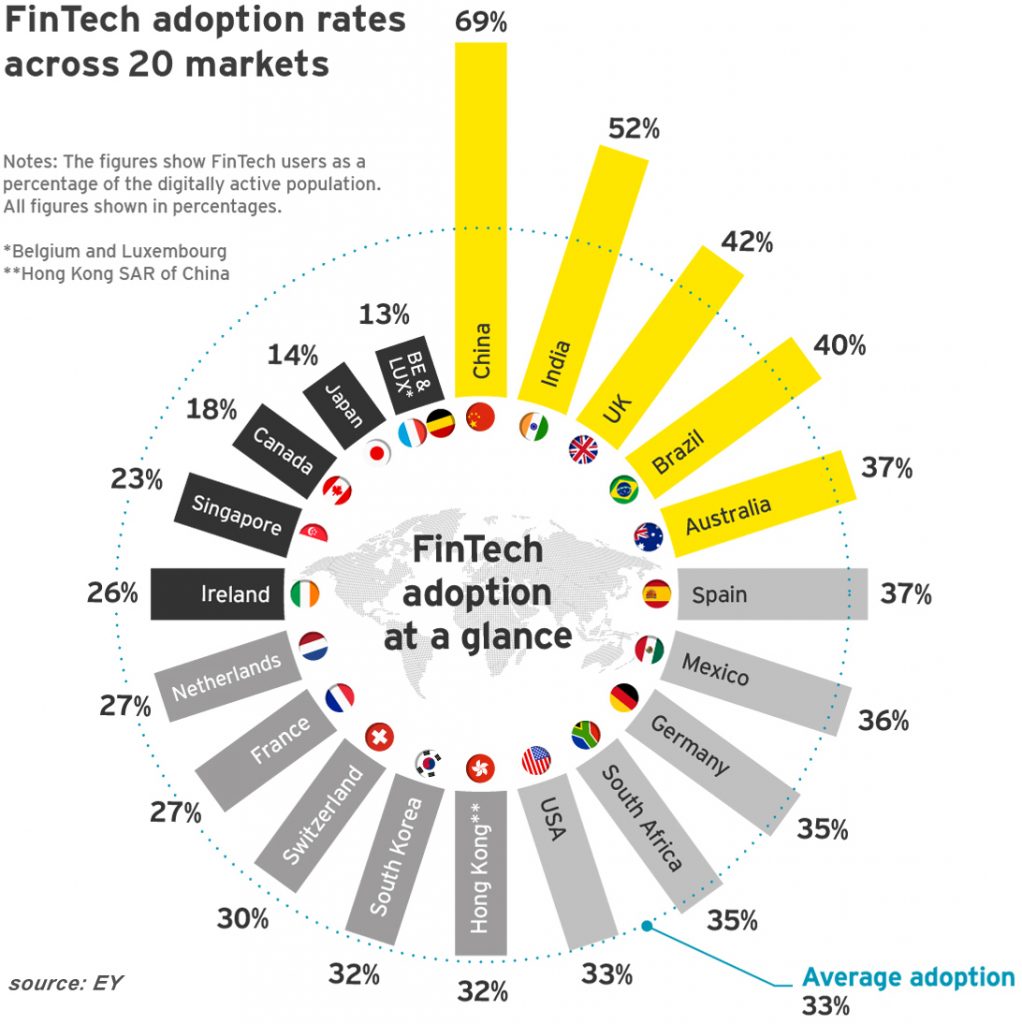 China and India have seen the highest adoption rates 69 percent and 52 percent of respondents, respectively. Fintech firms in these countries have been particularly successful at tapping into the tech-literate but financially underserved segments, according to the study. The U.K. also has shown significant growth, with adoption rates now standing at 42 percent.

Predictably, millennials — those 25 to 34 years old — followed by those 35 to 44 years old. However, adoption is growing among older adults, as well. The survey revealed that 22 percent of digitally active respondents age 45–64 and 15 percent of those older than 65 said they regularly use fintech services.

The EY fintech Adoption Index indicates that fintech adoption is set to increase in all 20 markets covered by the study and could reach an average of 52 percent globally, based on stated intention of future use among respondents.

“Fintechs are not only becoming significant players in the financial services industry, but are also shaping its future,” Imran Gulamhuseinwala, EY global fintech leader, said in the release. “Their new propositions are increasingly attractive to consumers and this trend is only set to continue as awareness grows, concerns are allayed and new advancements are made. Traditional firms, who sometimes struggle to deliver the same seamless and personalized user experiences, will undoubtedly need to step up their efforts to remain competitive. I think it’s likely that we will see greater collaboration between traditional firms and fintechs in the future.”

On 13rd June 2017, MK Group and Entrust Datacard successfully held the Financial Instant Issuance Seminar at Pullman Saigon Centre with participation of representatives from banking and financial sectors in the South.

At the seminar, Mr. Ajay Kumar, the Regional Managing Director – Financial Instant Issuance & Branch Transformation – Asia Pacific of Entrust Datacard and Mr. Do Hai Dang – Director of MK Group, Branch in Ho Chi Minh City shared ideas on banking development. The shared information was based on the experience and lessons learnt from practical solutions with various banks and financial institutions in the region. 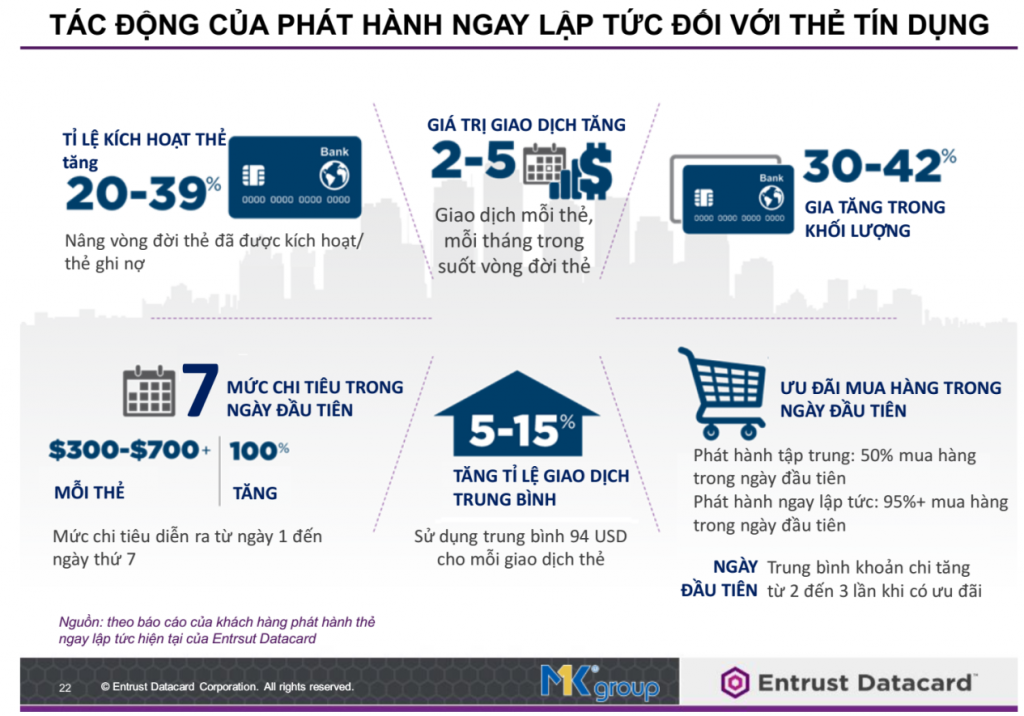 One of the special features of the solution is the optional self-service kiosks which help banks to optimize their branch operations, increase customer interaction, and ensure available services for customers when the branches are closed.

MK Group and Entrust Datacard, at the seminar, also received quite a few comments from customers about their current pressures related to budget cut and the requirement of optimum of investment cost. These problems are uneasy to solve for all banks and financial institutions in the world including Vietnam.

With vast experience in thousands of global projects, Entrust Datacard provided analytical data on the trend of solution growth, financial analysis on investment costs and survey on the instant impact of the solution for the positive change of cardholder behavior.

mVisa to come out later this year

Visa Vietnam on Thursday announced that its mVisa, a quick response (QR) code-based payments service, will soon be expanded to merchants and consumers in 10 countries, including Viet Nam.

Mobile biometric payments to triple in 2017

Juniper Research has found that the number of mobile payments authenticated by biometrics will rise to nearly 2 billion this year, up from just over 600 million in 2016.