81% CONSUMERS GLOBALLY WOULD USE A BIOMETRIC PAYMENT CARD

More than four fifths of consumers (81%) worldwide are ready to use a biometric payment card and authenticate payments with their fingerprint rather than a PIN code, according to a survey commissioned by a biometric technology provider.

The survey — which was conducted across 14 countries — and also shows that 94% of consumers surveyed in Saudi Arabia, 92% in India, 88% in Brazil and 86% in South Africa feel ready to use fingerprint authentication for in-store payments compared with 73% in Australia, 70% in the UK and 69% in the US.

Almost three quarters of respondents (74%) also said that they have a positive attitude towards biometric technology with people from emerging economies (90%) and consumers aged under 49 (79%) being “the most enthusiastic about biometrics”.

It also found that 84% of those surveyed have used biometric authentication methods for tasks such as unlocking their smartphone, with 70% having used their fingerprint, 43% their face, 25% their voice and 17% their iris to verify their identity. 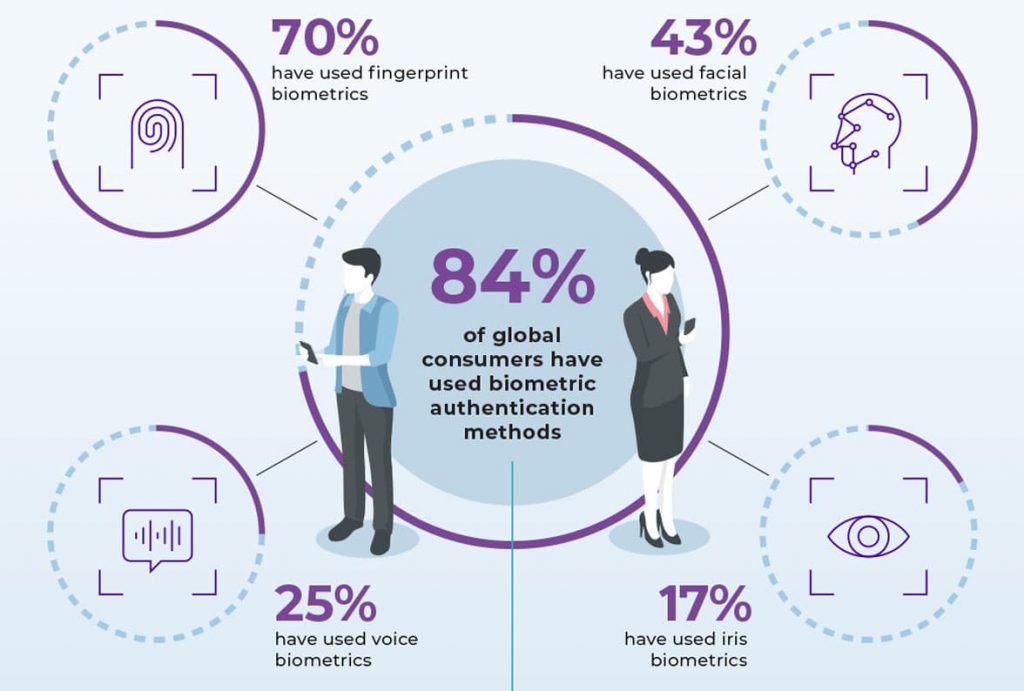 “As biometric usage spreads across the planet and consumers continue to warm to the idea of streamlined, hassle free — yet totally secure — authentication, use cases will proliferate,” says the report’s commissioner, Idemia.

“For example, 51% of global consumers would like to use a biometric card to gain access to a secured building and 34% want to see this technology integrated into their transportation pass.”